We are engaged in researching the most incredible ideas that are subject to criticism from official science, and especially everything related to space. But we do not do this with the aim of refuting or proving. We are interested in the possibility of creating this. All the achievements we use today were once crazy ideas.

UFO anti-gravity technology is one of the most interesting questions in our world. Some people deny the existence of such technologies, others are trying to design an anti-gravity device, but one way or another, this technology remains a dream. We want to give you an answer to the question of how it works, but be prepared that it can destroy your beliefs. Overcoming gravity using free energy and a jet engine without fuel is much easier.

First of all, we have known for a long time a real flying saucer - this is a frisbee. It uses disc wing aerodynamics, rotational inertia to maintain stability through a gyroscopic effect and actually works. There is also a more advanced version of this concept, which is already used for travel in space - this is a solar sail https://www.nasa.gov/mission_pages/tdm/solarsail/index.html It also uses a gyroscope to control it, has a large plane that will perceive the pressure of cosmic particles, but plus everything works at the expense of free energy - sunlight. This is not very similar to what we imagine a flying saucer looks like, but for that it would be very smart to use its large shiny surface in this way. 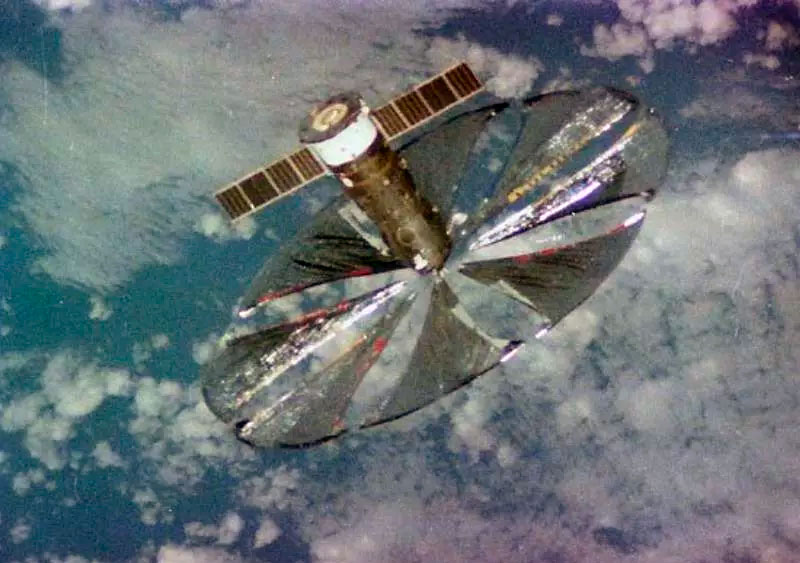 Is another concept of a spacecraft that most of all resembles a flying saucer in its appearance. These are the descent capsules of the NASA rovers. It is shaped to slow down and decelerate steadily, while still being able to control its fall by varying its incline. 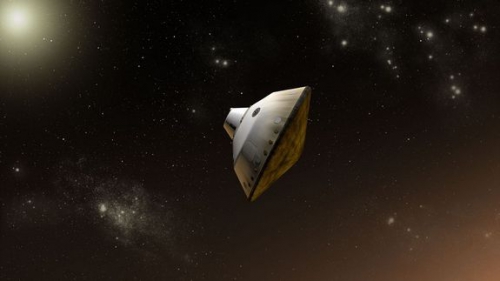 And finally, the last flying saucer that existed about 100 years ago. This is the 'Sky Car' of the inventor Petes, a bouncing umbrella that used the principle of bird flight, which never took off. 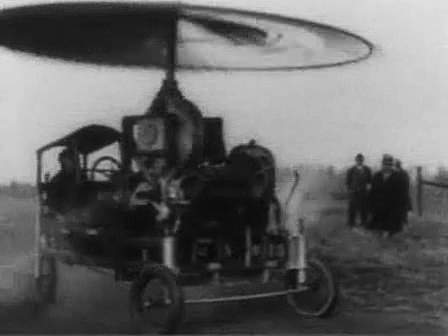 All these devices are united by the fact that the use of a shape like a flying saucer is due to their principle and is not a highlight of the design. How to make it fly into space on its own? Here's what we learned: Air contains a huge amount of free thermal energy that exists in air currents. These currents allow birds and gliders to stay in air for a long time without much effort. Our research is also aimed at expanding boundaries use of this method of flight. Aerodynamic shape we have developed allows us to very efficiently convert wind into lift and motive force. This is similar to how a space solar sail works, but since we are dealing with usual wind on earth, we can get much more thrust and go up into the sky solely thanks to clean renewable energy. This can allow you to reach very high altitudes, since powerful high-altitude winds https://svs.gsfc.nasa.gov/10949 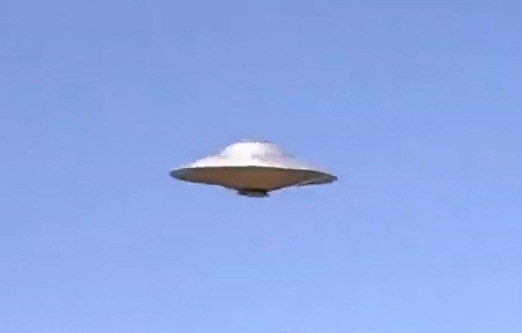 Вut it not all. This research has shown that jet propulsion, using the free thermal energy of the environment, is at the heart of the principles of all flying and swimming creatures. Experiments have confirmed that flapping flight is more efficient than previously thought theoretically and can be greatly simplified.

As a result of experiments with the motion of asymmetrical vibrating bodies in a viscous medium, it was found that the generally accepted idea of such a principle of motion is not correct. In reality, the movement is in the opposite direction. Аsymmetric vibrations of the object lead to the formation of a wave medium in which two oppositely directed waves of different forces, made alternately, exist simultaneously by inertia and create a pressure difference leading to uneven the release of thermal energy from the environment in the form of a vortex, pushing the object https://cordis.europa.eu/article/id/125342-flying-saucer-with-a-wave-engine 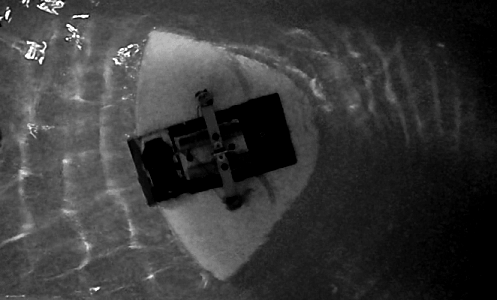 Vortex ring during plate movement (left) and vortex flow around the plate after stopping (right).


Such an experiment is easy to repeat at home. It is necessary to lower the palm into the water and make a quick movement in one direction and slow in the other. During the reverse movement, the resistance of the water will be greater due to the energy released from the water.

A series of experiments was performed in which asymmetrical vibromotor was set on discoid and sickle-shaped airplane. Fluctuations with the help of oscilator set significant lift of the wing in oncoming flow increased significant due to the formation of acoustic waves https://doi.org/10.36074/2663-4139.17.01 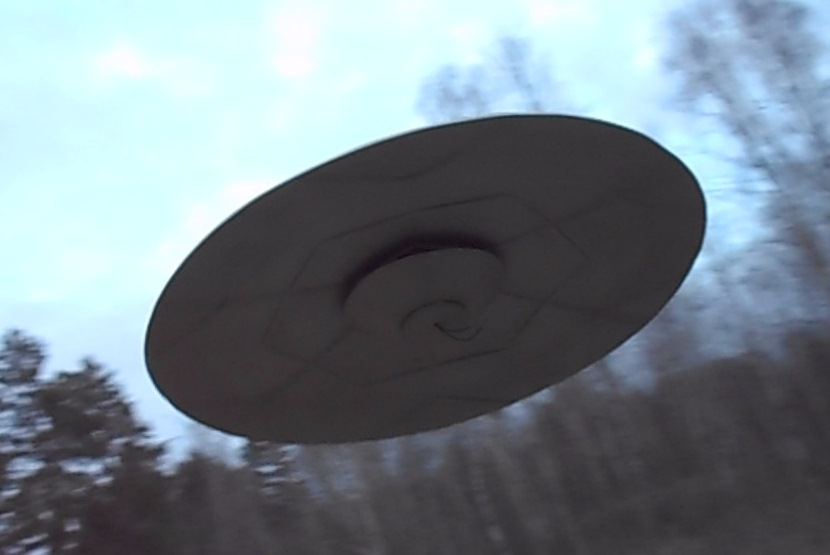 We are sure in the near future, this principle can be used to create reusable spacecraft having high maneuverability when entering the atmosphere and capable of making a controlled landing anywhere in through the use of an electricdrive.Outside the atmosphere, it will work like a solar sail, but we are already thinking about how to achieve more.

Space is very similar to water or air. There also vortices exist and waves propagate. Quantum fluctuations show that this is not empty. Previously, it was believed that space is filled with ether, a gaseous substance that blows the Earth during its movement like an air wind blows a moving body, but this turned out to be not the case. Experiments to simulate black holes https://scitechdaily.com/backreaction-phenomenon-observed-for-first-time-in-water-tank-black-hole-simulation/ using a water funnel show that dense matter, planets and stars is more like the vortices of space that cause gravitational waves. On the example of our planet, we can see how it looks like a large toroidal vortex that starts from the magnetosphere https://climate.nasa.gov/news/3105/earths-magnetosphere-protecting-our-planet-from-harmful-space-energy/ and, like a fractal structure, continues in the eddies of polar vortex https://ozonewatch.gsfc.nasa.gov/facts/vortex_NH.html. 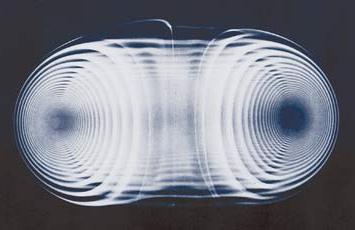 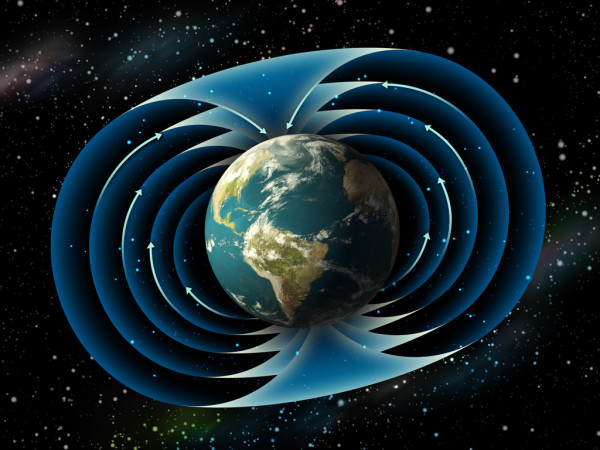 Therefore, we can use the wave principle of motion in space, which is used in air and water. The waves that turn into vortices and set the flying saucer in motion are solitons. Solitons are waves that have the properties of a particle-wave and can impart momentum. Therefore, in space, such waves will be photons. In other words, it will be a photon engine. Surely it will look like a luminous UFO. 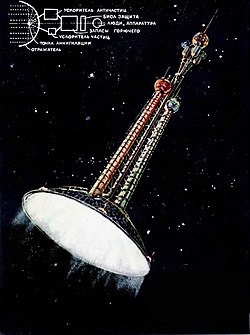